Normally I’m all about respecting each holiday’s dance space, but this year my psyche is all “fuck you, Thanksgiving, you killed the Indians” and has moved right from Halloween into Christmas. And with that move, I’ll gorge myself not on turkey and stuffing, but on classic holiday movies full of white people dancing.

And the best white people dancing holiday movie is, hands down, White Christmas.

White Christmas is my chicken soup for the soul. Each December, my cousin Jonelle and I would curl up on our Nonna’s plastic-covered couch and settle in to watch our favorite holiday movie. Then we’d spend the next few weeks pretending we were the Haynes sisters. (Poor Matt had to be freckled-faced Haynes the dog-faced boy.) 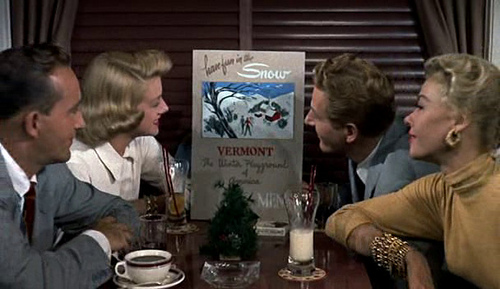 The plot of White Christmas is as flimsy as a California “winter” coat in Massachusetts February. But the dancing. Oh, the dancing! There’s a minstrel number with a cast of 50,000 who are summoned to rehearse show material at a Vermont ski resort, even though the day before they were given time off to be with their families for the holidays. The show must go on! Families be damned! That’s the Christmas spirit.

Still, all this escaped me as a child because I was dazzled by Vera Ellen.

If you ask me, the star of this movie was not Bing Crosby. It was Vera Ellen. Vera Ellen should have been a bigger Hollywood name than Ginger Rodgers or even Fred Astaire, but her acting chops were not quite on par with her phenomenal dance skill. Watching her perform in this movie as a kid inspired me to 1. belt the shit out of my sweaters and 2. love dancing even more. I mean, take a look. This routine still holds up to today’s high standards of technique.

I will refrain from linking to all the rest of the dance numbers in this movie that I obsessed over as a kid (including the Martha Graham spoof, which again went right over my head). But you just don’t see dance highlighted in movies like this anymore. Yes, there are movie musicals, but they often feature dance doubles in weird cuts instead of the real thing. And yes, TV musical episodes are becoming a thing, but they usually feature the show’s stars with barely passable voices doing awkward jazz squares.

Quick, right now, name a big Hollywood star who is known for his or her dancing?

None, right? There’s none. Even those who have a background in dance don’t usually get a chance to showcase it. It’s upsetting and it’s pulled me right off topic onto a totally different tangent.

Back to why White Christmas is the best! Did you know that Bob Fosse is the uncredited choreographer? Very apparent in the tilted pelvises and isolated shoulders of “Love, You Didn’t Do Right By Me.” (If you ask me who Bob Fosse is, you’re dead to me.) 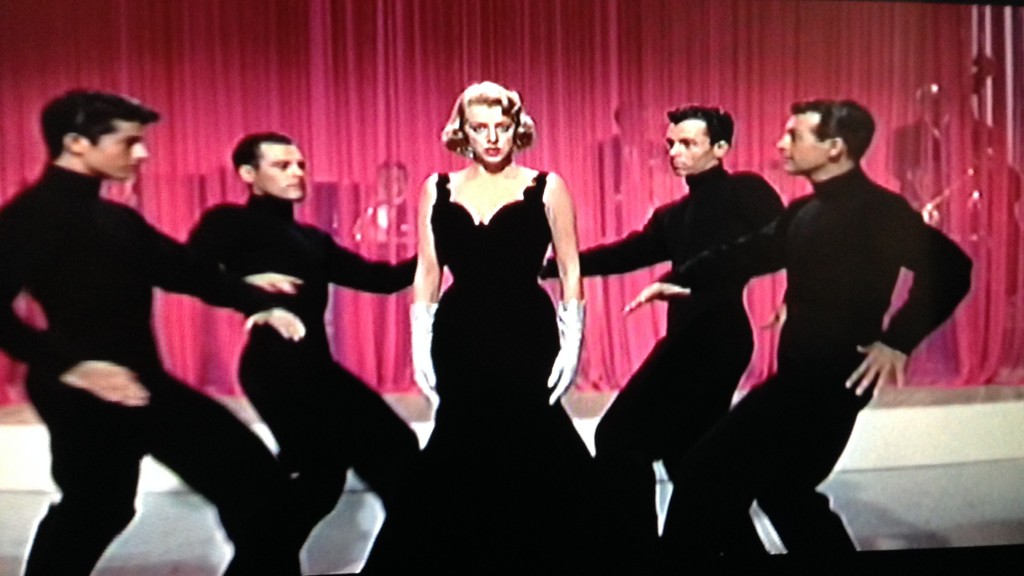 Now, I know I said I love this movie, but I wouldn’t be The Olive Gal if I didn’t point out a completely shitty plot hole that you could drive a Christmas tree through. George Clooney’s aunt Rosemary spends the second half the movie mad at Bing Crosby because she thinks he’s trying to exploit his old army General. But she forgives Bing when he goes on TV to sing about how the General is hard up for a job. I don’t know about you, but I’d be way more pissed about someone singing the following about me on national TV than if they brought a TV crew to my ski resort to film their show:

Who’s got a job for a general
When he stops being a general?
They all get a job but a general no one hires

Awesome. Merry Christmas, General. Here’s so much pity from your famous army buds.

Anyway, one of the best things about White Christmas is the fact that it doesn’t crack out on Christmas, and yet still makes you feel all Christmasy. Of course, that might be because this scene happens at the end of the movie:

Okay, maybe it cracks out just a little.

Despite the girls clearly too young for pointe shoes, this incredibly sappy scene, complete with audience sing-along, just puts everything right in the world. It’s that last sip of warm soup that coats your belly and leaves you satisfied but not bloated. Your ailments have been cured. Your Christmas will be white. And you just might show up to the next Christmas party dressed in that Mrs. Claus outfit.

2 thoughts on “White Christmas: Chicken Soup for the Soul”