Of Course My Next Scan is on September 11

I called up the radiologist last week, after a summer of radio silence from my doctor and the lab technicians. I sent a few barely-concerned emails their way myself for the majority of the summer after my first scan back in late June. Otherwise, we had pretty much left each other alone.

Let’s face it. Ever since then, I’ve been running around like I don’t have stage 4 lung cancer or something. And that has been the most wonderfully empowering feeling I’ve ever experienced. I’ve been wrapped in a cloud of family and friend support, awe-struck by the power of love to bring people out of the woodwork and back at your side, whether they once paused there for a brief time nearly 20 years ago, or they’ve been steadily standing by you for the last 10. I’ve hugged so many people and cried. I’ve been unafraid to tell anyone how I feel. I’ve felt confident in myself and my abilities, even as the certainty of life hangs in the balance.

Armed and overflowing with chutzpah, I whisked myself away to New York and Massachusetts, still in the early stages of recovery, but gaining in strength daily. I spent the day in New York walking around for a total of 4 miles, which isn’t that much for a New Yorker, but is quite a lot for a girl with cancer…and her 7-year-old son…and, quite frankly, her 65-year-old parents. (Alex is bionic and never tired. Except when he is. Then he’s just grumpy.) 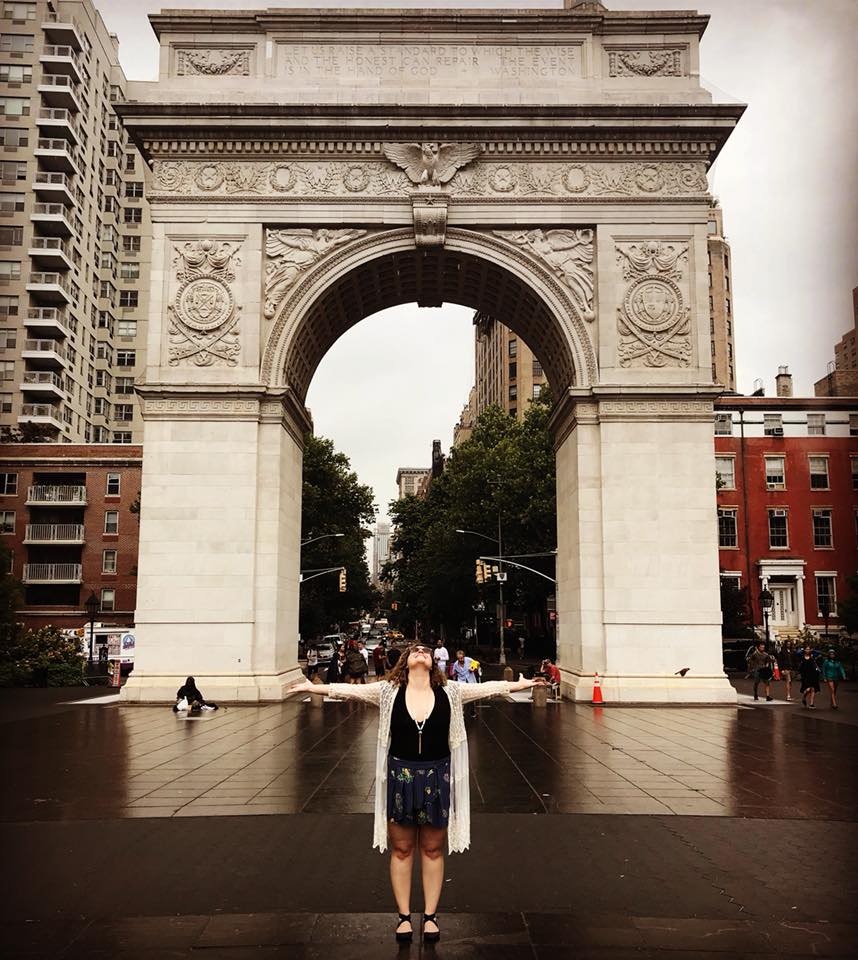 I saw some old friends (not enough) and I hit up some familiar places (looking rather unfamiliar) and then I vowed to return soon before collapsing into bed for an entire day and a half to sleep. And people let me.

The need for days of rest like that diminished, and soon I was taking it slightly easy, but living a regular-ass life. My parents came to stay for a week and it was less like them taking care of me and more like vacation.

Soon after they left, Lucas started school, and the pace picked up. Now I had to wake up early and walk Lucas to school every day and walk back. Plus there was the homework, which for us means fights. But I wasn’t huffing and puffing on the walk there, and the homework seemed pretty doable—at least for the first week.

But then a dizzying array of events took place. My cousin and his wife came to visit and we swept them around to all the cool places in California we could think to take them in three days. Then we went on a trip planned long ago to Anaheim where we not only stayed at a waterpark-themed hotel as planned, but also received surprise free tickets to Disneyland. (And who’s going to be the mom who turns THAT down?)

Three days later we celebrated our anniversary in San Jose on a Wednesday night because I love Sam Smith and he decided to come sing to me at the SAP Center special. (Okay, he didn’t come for me. But HE WOULD HAVE.) Then three days after that I met up with my old NYU dance team friend (and cancer buddy) Caryn, and we drove up to San Francisco to mingle with other cancer friends at Dolores Park. After a full afternoon there, we drove back down to Mountain View to freeze our asses off at the back of a Dave Matthews concert.

All of a sudden, that familiar pain started to twinge under my right ribcage.

It’s the cancer. I feel it.

I started making the “uh-oh” face to my husband and raised a small, anxious flag with my doctor and my lab technician. (Seriously, don’t you need me to come in?) No reply. No reply for an entire week.

Then there was a reply, but it addressed the more minor concern of the two listed in my email. The first being, “Hey, it feels like the cancer. This can’t be good, right?” The second part was basically, “I can’t poo.”

My doctor gave me lots of advice on how to move the mail. But as for the cancer, her response was merely, “We’ve got an appointment on September 18, but I see you’re not scheduled for a CT scan yet.” Yah. I need one of those. Was I…Did you want me to…I call? Who do I call?

So me with my newfound cancer balls, I decide to write her back kinda pissed off. What’s the deal with taking a week? This is cancer! If it weren’t for the constipation, I would have shit my pants out of fear. I ask the doctor if email’s not the best way to get in touch, should I try calling, or could she have a medical assistant reply if she’s too backed up?

Five days later, today, she finally answers back. And says, “Sorry for the late reply. If in the future you have a urgent issue, calling is always an option. I will always try to respond to my messages as fast as I can but sometimes it depends on my schedules.”

Then a paragraph twice as long on more poo information.

If it weren’t for all of checking in on me, sticking around with me, sending me your good thoughts, urging me on when I’m feeling too tired to fight, or letting me curl up and rest when we’ve had one crazy weekend after another—I’d be really fucking worried right now.

The cancer symptoms are there, yes. But I’ve also been running on empty for weeks at a time now. And what gives me hope is that, yes, I’m tired, but I’m not so tired I can’t sit here and write this blog. Not so tired that I can’t wake up tomorrow and walk my kid to class. Not so tired that I won’t be putting in another long day of researching and writing and editing and planning and managing, as I’ve been doing all along, even at my most ill. If things were so bad, I wouldn’t feel better after a day spent recharging. But I do.

So when I get on the phone with radiology, and they tell me that their first available appointment for a CT scan is on September 11, the day 17 years ago that may have caused my cancer, I think, “Of fucking course it is.”

Radiology woman: Would you like to schedule your scan for that day, Mrs. Zamora?

Me, cackling away, perched at the corner of my couch that’s become a little saggy from overuse, “Yeah. Bring it on.”

Is This Thing On? Notes from the COVID-19 High-Risk Abyss

Waiting to Exhale: the First Scan Results are Here

Do It Yourself (DiY) Palliative Care