When I brought my kid home from the hospital and he made noises like a congested, dying bulldog, I freaked out believing he was surely choking on his own tongue. Why didn’t anyone warn me that newborns DO THAT? (I’m sure I read it somewhere on Baby Center.)

When Lucas projectile pooped onto my husband’s mouth I thought, “Dear God, I knew we were going to have to deal with poop, but no one said it’d be THIS BAD! (They most certainly did.)

And when my primal, biological love turned into being IN love, I noted that people said you loved your new baby more than anyone in your life, but before I had Lucas, I thought that was just bullshit. How could you love someone you didn’t really know? (You can, and you do, and you would gladly give up your life for him within the first few seconds of meeting him.)

All of those doubts and questions came within the first few weeks of my child’s life, but they’ve continued at every transition. Each new behavior, I find myself saying, “No one told me!”even though I’m almost positive they did in some way, but I probably dismissed it. So with that being said…

No one told me there’d be such a difference between the ages of three and four! But my toddler—my sweet, frustrating, funny, precocious toddler—is now a kid. And that small change is just the first domino in a snaking line of transitions that are now piling up before my very eyes. 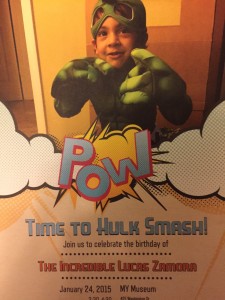 Over the last month, we will have attended four birthday parties that are not just a baby cousin’s family party where we hang out, eat some pizza, and let the child dunk his head in some frosting. These were EVENTS, with activities and party favors and food spreads and special cakes and gifts that you open after everyone goes home. This was the first year that we had a friend party for Lucas, and it was beyond stressful. When I saw what a great time he was having, though, I was happy to go through it. But sheesh! This is a whole new ballgame.

Speaking of ballgame, we’ve signed the little tyke up for T-ball. They’ve got practice twice a week (and this is before they even start having games), and we had to buy uniforms, and there are fundraisers to participate in, and team BBQs, and weekly emails with SO MUCH INFORMATION and I’m like, wow…it’s T-ball. I didn’t think it’d be this intense.

Even Lucas looked back at us during his first practice a little bewildered like…what is happening right now? Of course, I don’t blame him. He is on a team with some kids who have to be 12 years old and they’re already launching the ball clear across the field. To go fetch it, they run past wandering, drugged-out homeless people. (Gotta love Salinas.) This makes me kind of glad Lucas can’t toss the ball more than a few feet.

Somehow these changes in my son’s life seem to be rolling over into changes in my and Alex’s lives as well. We are thinking about kindergarten and school districts, and this means we’re going to sell our house soon and buy a new home in a new area, which is going to be a HUGE transition for everyone. New house, new commute, possibly a new pre-school (which breaks my heart a little). Alex is looking into certifications to up the ante in his career, and I’m doing the same by taking on a ton of consulting and contract work.

All of a sudden, we’re in the circus. 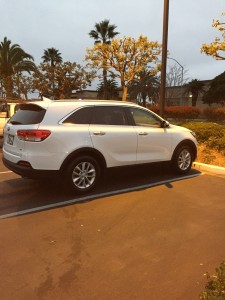 I never saw myself as participating in the suburban parenting hysteria. The schlepping, the over-scheduling, the soccer (T-ball) mom, the mini-van. But I’m getting to work earlier so I can leave earlier so I can get Lucas to practice and then after he goes to bed, I’m hopping on my computer and doing more work. And I’m thinking about signing him up for soccer in the summer, because he loves playing in the park and he’s a natural. And the lease was up on my Kia, and if I’m not mistaken, my new car looks more like a minivan than a crossover, and I was thrilled with the extra space. Old me is giving new me the crazy eyes, but new me gets it now.

These changes, they’re going to come whether I’m ready for them or not. Whether people warned me about them or not. Whether I swore I wouldn’t be like that or not. If my son, my no-longer-toddler, wants to participate, then I’ll do everything in my power to get him to that party and bring him to those practices and get him into the good school district.

What that means is more intensity in every aspect of our lives. We need to step up in our careers to afford these opportunities. We need to sacrifice more time to be there for our son for his games or recitals or art shows or whatever it is he chooses to participate in. (We also need to draw the line when it becomes too much. We are, after all, only human.) But it’s a lot of adjusting in a relatively short period of time.

And no one told me it was going to get harder instead of easier….

(Okay, they totally did, but I just didn’t believe it.)